The use of mobile phones is as anti-social as smoking. Smoking is banned in certain places so mobile phones should be banned like smoking. To what extent do you agree or disagree?

The use of technological gadgets has been increasingly important for our modern life. Some of these gadgets, however, also create new problems for their users, such as how the inappropriate use of mobile phones can make their owner appear anti-social. There are people who insist that, much like other anti-social activities like smoking, using mobile phones should be strictly limited in certain places. While I admit that there should be some certain degree of regulations over the mobile phone usage, I do not believe that such an extreme solution is advisable.

It is, to some extent, sensible to impose some limits on the use of mobile phones. There are many social situations when talking on our personal phones can greatly disturb other people, such as during a movie screening in cinemas, or in libraries and other places where people need a quiet atmosphere. Even in daily occasions other than these, mobile phones can still be too distracting; therefore, they should not be used too often. In friends’ parties or in family gatherings, for instance, people will not be able to socialize if everyone’s eyes are glued to the digital screen, or if conversations are frequently interrupted by the ringtones of mobile phones.

While this is the case, to go as far as to completely forbid people from using their phones would be unwise. One of the main reasons why mobile phones are so popular is that it helps make our life more convenient, so entirely banning them could cause great problems in our daily life. Furthermore, it is likely that many people will see this a violation of their personal freedom, and accordingly, they will react strongly against any attempt to ban the use of mobile phones. Such a development would not be in favor of both mobile phone users and policy makers; therefore, forbidding the use of these devices should be avoided if possible.

On the whole, although regulations may be needed to prevent the anti-social effects of using mobile phones, I doubt that it is necessary to completely ban the use of them. A more suitable solution, I believe, needs to be considered more carefully before being decided upon. 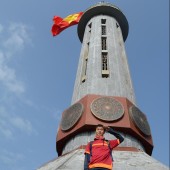 [IELTS Materials] Describe a teacher that you remember most

This site uses Akismet to reduce spam. Learn how your comment data is processed.